Head coach Jorge D. Silva has served as a head coach in many area leagues, including MCSL, MCPS (high school), and Potomac Valley Swimming, where he got his start at the Ward’s Wolverine Swim Club. He is the current Head Coach of the Hydro-Sonic Tiburones Swim Club which he started in January 2002.

When it comes to swimming, Jorge “knows his stuff,” and he really cares about the young people he coaches. In order to keep up with the latest developments in the world of swimming, Jorge researches extensively and is a member of the American Swim Coaches Association. Jorge is a perfectionist when it comes to correcting stroke mechanics; he believes that developing proper stroke technique is the foundation to successful swimmers. “With good technique speed kind of happens”

His goal is for the swimmers to love the sport and to want to continue swimming through high school and college; therefore, he deliberately places the emphasis on quality over quantity when training his younger athletes. Finally, what makes swimming with Jorge fun is his sense of humor. Come watch a workout or two, and you’ll see Jorge joking with the kids and creating laughter all around. 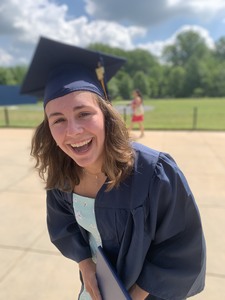 Ava graduated from being a Laser in 2021 and has continued her swimming journey in college. She is a Division I student athlete for the Saint Francis University Red Flash. She has also just completed her freshman year studying occupational therapy. She is very excited to be an assistant coach for the Lake Marion Lasers as well as the head coach for the littlest lasers! She has been coaching for Lake Marion for three years now and is happy to be back. 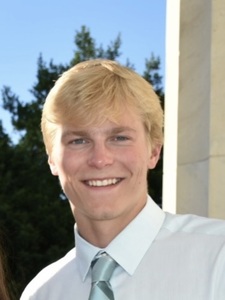 Nicholas became a laser at the age of six and continued through the summer of 2021 when he graduated at the age of eighteen. He swam year round, as well, first with JFD and then with RMSC. Additionally, he was a member of Our Lady of Good Counsel High School Swim & Dive team all four years, becoming a captain senior year. Through his years as a laser, Nicholas volunteered as a pre-team helper and then as a Junior Coach during the 2021 season. Nicholas just completed his freshman year at the University of Miami where his is studying Aerospace Engineering. He is a cadet in the Air Force ROTC where he hopes to graduate and commission as a Second Lieutenant before training as an AF pilot. 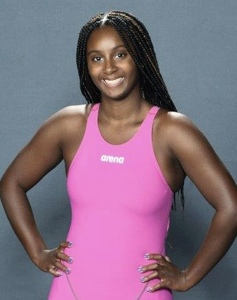 Maya is currently in her last year as a Laser and is super excited to be coaching and swimming this summer! She will graduate in June from Gaithersburg High School and will be attending Howard University in the Fall, where she will major in Health and Human Performance. Maya is a dedicated athlete in several sports, including swimming, basketball and softball. She has swum year-round for RMSC, JFD and the Hydro-Sonic Tiburones. Maya has experience as a coach/instructor for both clinics and lesson programs with JFD. Maya is also an American Red Cross certified lifeguard and Pool Operator and works for Montgomery Village Foundation during the summer. In 2021, Maya served as Assistant Coach, prior to that she was Junior Assistant Pre-Team Coach, a CIT, and was a helper with the pre-team program for the Lasers. This summer, Maya will be assuming an Assistant Coach role assisting with the 12 and under swimmers, while continuing to swim her final season for the Lasers.

Jack has been a Laser since he was 7 years old and is currently in his final season as a swimmer for Lake Marion. He is looking forward to his first season as a swimmer coach this summer. Jack has also spent the past four years swimming for Our Lady of Good Counsel High School, where he was a captain in his senior year. He kept busy during high school, totalling 7 seasons of various varsity sports over his high school career. Jack also spent his time last summer as a lifeguard for MVF and will do so again this summer. This fall, he will begin his freshman year at University of Maryland College Park, where he will be a member of the Scholars Program and intends to pursue a degree in Engineering.